Use Thy Gifts Rightly

Born and raised in Alkmaar, Holland in 1572, Cornelis Drebbel was considered as the “Edison of his time“. Dutch renaissance engineer, inventor, painter, alchemist and explorer, he was the builder of the first navigable submarine in 1620. Having a basic education, he was finally the pupil of the painter and engraver Hendrick Goltzius. Increasingly interested in inventions, he catches the eye of the Royal Court of James 1st of England — who consequently invited Cornelis Drebbel to England in 1604.

Mostly known for his Perpetual Motion Machine, which told the time, date, and season, it was at around this time that Cornelis Drebbel started making his submarine. Between 1620 and 1624, Cornelis Drebbel successfully built and tested three submarines. The final model was demonstrated to the King James I and several thousand Londoners. Submerged for three hours, it could travel from Westminster to Greenwich and back, cruising at a depth between 12 and 15 feet (4 to 5 metres).

A Legacy that lives on 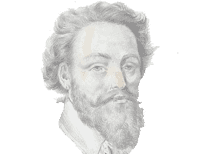 Drebbel was born and raised in Alkmaar, in an Anabaptist family in 1572.

Cornelis Drebbel started as a pupil at the Harlem Academy with the painter Hendrick Goltzius. 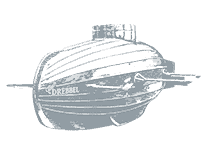 Drebbel was invited at the Royal Court by James 1st of England and accommodated at the Eltham Palace.

During this period, Cornelis Drebbel successfully demonstrated his 3rd submarine to the King 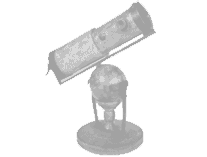 Fall of the King

After James 1st died, Drebbel was employed by the Office of Ordnance making secret weapons for the new King.

Towards the end of his life, Drebbel lived in near-poverty in England. He died in London.

Born as a man and dead as one of the greatest inventors of his time, Cornelis Drebbel’s legacy definitely lives on and on over time.

It was as a contribution to his great inventions that Drebbel Gin has been naturally created in 2019.

Sometimes "just a sip" is not really enough. Pair

Let's start off with a blank piece of paper. What

Let's just not hint something fresh coming for you

We are delighted to announce we won a Silver Medal

Front to back, we're still looking great even if w

Your POV when you receive the most beautiful gift

It's just all about details.

It's Friday, which means we're the best excuse to

A truly recognizable identity 🍊🍸 (📸 by @r